Hi, Josh! Thank you for joining us today! Jacqueline! It’s an honor and privilege to be hanging out and talking story craft with you. You’re a bundle of passion and positivity when it comes to writing.

How long have you been writing? What inspired your quest to be a writer? So I really started writing on a dare from my sister. About ten years ago, Rachel and I were driving and she asked what I was thinking about. I told her about a world I created where I was a superhero and the types of villains I needed to battle. She just stared at me and said deadpan, “You’re weird.”

She’s a bundle of encouragement.

She went on to explain herself, saying that most people don’t come up with worlds like that, and then she challenged me to start writing them down. I’ve always been a lover of stories (books, movies, TV shows, and even songs), so I accepted the challenge. Ten years later, here we are. 🙂

Tell us a little bit about Tyrants and Traitors! Tyrants and Traitors is a fantastic retelling of King David. I tell people if you can imagine a snarky love child between C.S. Lewis and J.K. Rowling, you’re on the right track. The book’s opening line gives the reader a pretty good idea of what you’re in for. “This was the first step toward revolution, an adventure bards would retell for generations. It was also, technically, stealing.”

We also ended up changing a few key names (David is Niklas in my book), because I take some pretty significant liberties with the biblical narrative, and we didn’t want to turn off Christians or the secular world. I fought against the change like an angry, sleepy toddler at first, but I’m glad we swapped the names.

What is the greatest praise you’ve received about the series so far? I’ve received some pretty solid reviews. A Publisher’s Weekly reviewer called it “a thrill to read” (I’ve had a couple less-than-approving reviews as well). However, my favorite moment came during a school visit, while asking students who their favorite hero was. An eighth grader who I never met raised his hand and said Niklas. His comment made my week.

Describe your writing style in three words. Fast-paced and snarky.

What is your favorite thing about writing? What is your least favorite? I love editing (so far I haven’t met another author who shares this infatuation with me). There is something magical about taking a  draft that is broken and bloated in ten thousand different ways and trimming the fat until the manuscript is tight, gripping the audience from start to finish. I also love engaging with readers about what parts of the story inspired and captivated them.

What do I hate? The grind. There is a high level of perseverance needed to finish a manuscript and see it to publication. Along the way, sentences and deadlines chip at your soul, whispering all kinds of lies about the quality of your work. It’s a necessary part of the process, but it’s a beast of a problem.

Your most creative ideas come when. . .  I brainstorm beyond all the cliché ones. Orson Scott Card once said, “You can write any scene ten thousand ways– and a thousand of them will be fine, and a hundred will be brilliant. Of course, nine thousand won’t be fine, and of those, about five thousand will truly suck.” Essentially he’s arguing that 90% of everything we come up with will not be our best. I’d take it a step further and say not only is it not our best, it’s probably ripping off from some other book or movie. (i.e., “I know, I’ll have the masked villain be the hero’s father!” Cue every Star Wars fan rolling their eyes.)

So I do something called the Rule of Ten. For every major scene, I come up with ten different ways the scene could play out. Then I take the most unique, most authentic, and the most gripping option and proceed to the next major scene. Wash, rinse, and repeat until the end.

Do you have any advice for aspiring writers? So when I first started writing, I was convinced I was destined to be the second coming of J.K. Rowling. I’d be ridiculously rich, instantly famous, and my family would finally accept the genius I had been all along. All that musing kept me more focused on being published than becoming a better storyteller, and my writing suffered deeply because of it. A year into writing, I stopped letting myself ever thinking about publishing, and instead dedicated to writing one story worth telling. Once I had accomplished that feat, incidentally, getting published became a lot easier.

Can you give us a teaser about your WIP? Book Two focuses on what I consider the most intriguing part of the original giant slayer’s life, his years living and fighting alongside the Philistines.

If you were given the power to become your favorite superhero, you would choose. . . Captain America. Mic drop.

Want to find out more about Tyrants and Traitors? Watch here as Joshua pitches his story over a plate of hot wings! 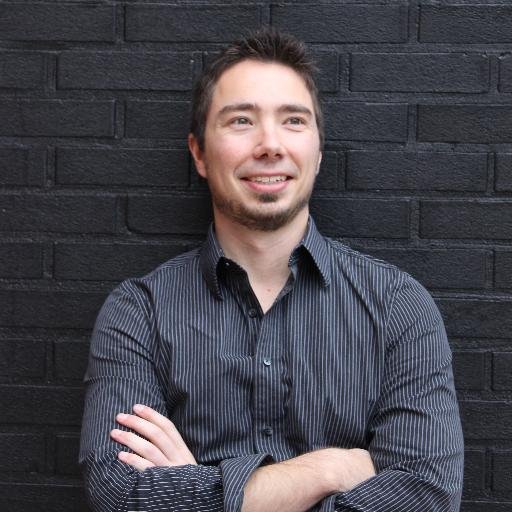 Joshua McHenry Miller, a native Michigander, grew up living in two worlds: the cozy suburbs of Detroit and the urban jungle of Pontiac. A lover of story in all forms, he’s spent over a decade honing his writing, and his debut YA novel, Tyrants and Traitors, released October 10th, 2016. When Josh isn’t writing, he works as a community developer in south-central Madison, WI.

Thank You For Visiting My Site!

Dragon Tamer. Ancient Rome fanatic. Writer living on the edge of fictional worlds. J. Patterson Doyle attempted to teach herself to write at the age of four, wrote her first book (featuring eerily violent chickens) at age five, and has been immersed in books ever since. Sometimes literally. When she isn't writing, you can find her studying music, reading, and searching for portals to new fantasy worlds.